The photo-exhibition and the event

The exhibition and the engagement event was organised in collaboration with the participants who provided Periklis with invaluable feedback and it came into fruition after being funded by DMU’s #DMUEngage scheme which aims at engaging communities with academic research. The participants took the centre stage during the engagement event in the second day of the exhibition. Pre-recorded videos from participants who could not attend were shown and two participants, Liz and Janet, were physically present and shared with the public their perspectives.

Alex, a trans man from Canada, in his pre-recorded video shared that he felt that “…I thought I was the only trans man like me with MS. I came to realise that having your body as the enemy is the natural progression of life. When you get older, you’re going to go through many of the things that people with MS already go through.”

Kai Xavier, from the US, in his video talked about what he learned by participating in the project “… It’s not often someone asks you about your MS and listen as long as Periklis does. Participating in this project made me realise the unconditional love I have for my cats, my Buddhism, and my local LGBT community, and of course my music!”

Ann, a lesbian from the UK, in her own video shared that it was difficult for her to pinpoint exactly this merge of identities, but nevertheless she mentioned that “… We live in a place which is not the most diverse. So, in the past if I was walking down the street we probably wouldn’t hold hands, we probably walk next to each other. We don’t really give outward affection when we are in public; but now if we walk down the street we might hold hands, because I might fall over and my wife wont pull her hand away because she wants to make sure I’m okay!”.

Following the videos, two of the participants were there to talk about their perspectives and take questions. More specifically, Janet spoke about her perspective of MS within the ‘intersection’ of identities, as a white, female lesbian. She added that ‘everyone has a favourite famous dead person with MS’, but little is understood of this condition. Regarding living with MS and being a lesbian Janet feels that her ‘non-normative’ status of sexuality and health stacked, making her a minority within a minority. She raised the issue of underfunded LGBT meeting spaces and buildings inaccessible to the disabled members of the LGBT communities which creates barriers for LGBT persons with MS -this is especially profound for lesbians and other non-heterosexual women. Finally, Janet talked about her fears that MS could potentially be a problem within the LGBT communities, which she felt can be very body-conscious, since MS can hinder individuals meeting idealised body standards. She finished her talk by asking ‘Does the LGBTQ community has my back? I’m sorry to say I don’t think it does’. 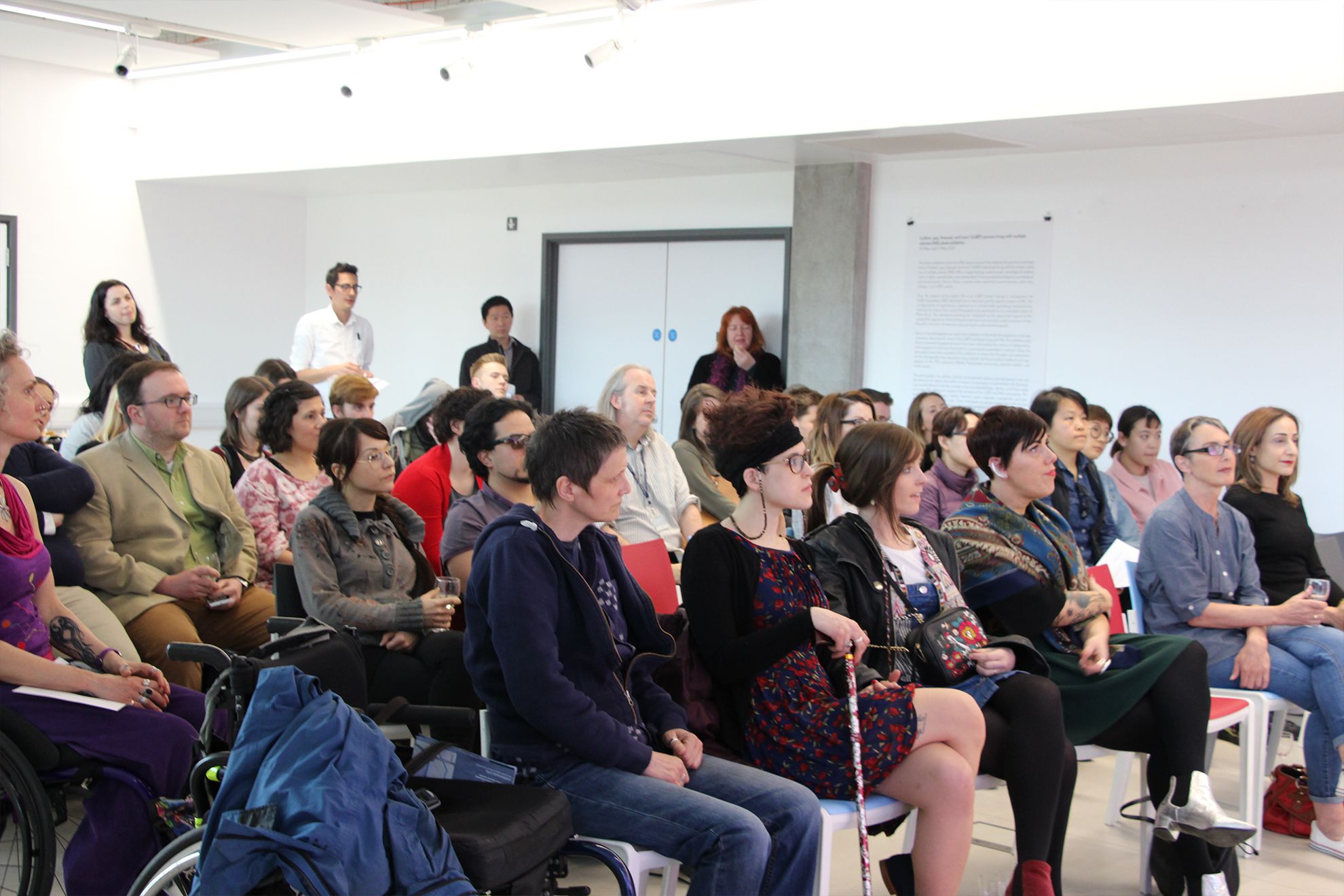 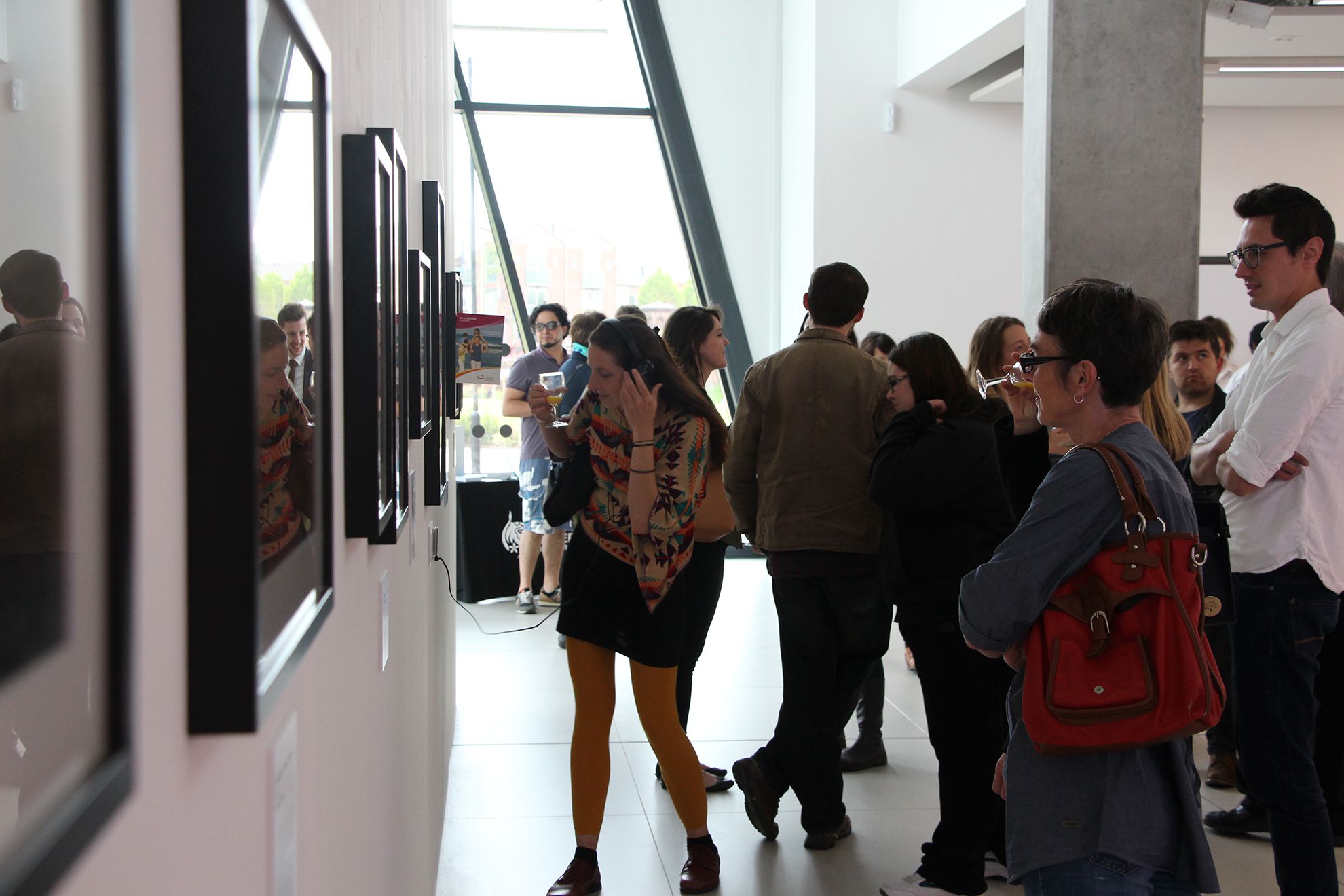 Liz, like Janet, spoke of having to challenge people’s assumptions. As a young and outwardly healthy person, Liz talked about the constant staring of people, possibly wondering whether her walking stick was a fashion accessory, or if she ‘[I] was planning on having a skiing accident’ because of her wheelchair. Liz also added that being a young woman engaged with another woman often caused misunderstandings with healthcare professionals as her fiancee is viewed as a friend; something which is stressful and she highly dislikes. She also highlighted the fact that she struggles to feel like she belongs, as a young person living with MS. Finally, Liz describing some of her photos spoke about feeling constrained by MS as she feels she is unable to flourish. She also shared with the audience an incident in a bus where she and her fiancee were the victims of ableist behaviour ‘It was just horrible, really difficult, and we both found it so hard!’.

The engagement event continued with discussions initiated by questions raised from the audience in regards to specific parts of Janet and Liz’s talks. Following the presentations, the audience was able to explore the photographs and the exhibits, talk with the guest speakers, and Periklis and his supervisors (Professor Julie Fish and Dr Iain Williamson) and ask more questions or provide feedback. Some persons from the audience shared their thoughts after the event. People attending shared that the exhibition, and the event managed to increase awareness around LGBT individuals and physical disabilities, and how important is to raise awareness of minorities within minorities, especially within the LGBT communities. Other members of the public that attended spoke about the importance of events of this kind especially for individuals living through similar experiences. As one individual wrote in a feedback card,  ‘I being someone with MS and never being around other with the condition found it eye-opening and liberating. I’m very thankful of these and their experiences shared. Thank you’.